Were do our users come from?

We were wondering where our users (TFM, EMIRate, banktory.com) come from - here is the result.

Evaluation of system landscape and work out of a future-proof concept.

All our clients that are obliged to report market values have reported their first valuation updates successfully and smoothly. The EMIRate-way, simple and without problems.

Following some user requests we have enhanced the forecasting features of TFM. Cash flows can now be captured and presented also on a weekly basis. For reporting purposes, a nicely designed EXCEL export can be created at the press of a button, without having to use an expensive BI tool. 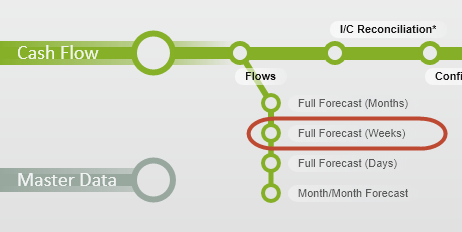 'Same, same, but different' as they say in Thailand. We have put together some information regarding FinfraG - for the time being in German language only. To learn more, please visit emir-ate.com, the German facts section.

Our partner network is growing. We welcome Derivatives Value Advisors as exclusive partner for UK.

We will speak about EMIR and its impact on corporate treasuries at the EuroFinance conference in Budapest - http://www.eurofinance.com/

.. supplier to the car and aircraft industry, has decided to use TFM for cash position reporting and cash flow forecasting.

Can 65 satisfied EMIRate-clients be wrong?

We don't think so.

Another Austrian company has decided to work with us on their forex risk management.

All our clients started with EMIRate this week, and they started smoothly (dispite some repository hick-ups).

There was some obviously wrong consensus amongst market participants and even some National Competent Authorities as to when to report historical derivative contracts, which are live on February 12, 2014 and which were entered into on or after August 16, 2012. It was believed to report such trades also with a 90 days grace period.

However, according to an articel in risk magazine, a spokesman from ESMA did not confirm this "90-days" rule for historical trades which were concluded on/after August 16, 2012 and are are still live on February 12, 2014. It was said that those trades must be reported already on February 12, 2014.

For details regarding the backloading of trades, find more in our “facts” section on emir-ate.com

The EU-Commission announced today that the start of SEPA will be postponed by six months.